The Praise House Project is a site specific public art installation series by visual artist activist, Charmaine Minniefield which honors African American histories in communities.The Praise House Project invites communities to examine history while encouraging historic and cultural preservation as acts of repair within the context of race, equity, and inclusion as placemaking and place-keeping. 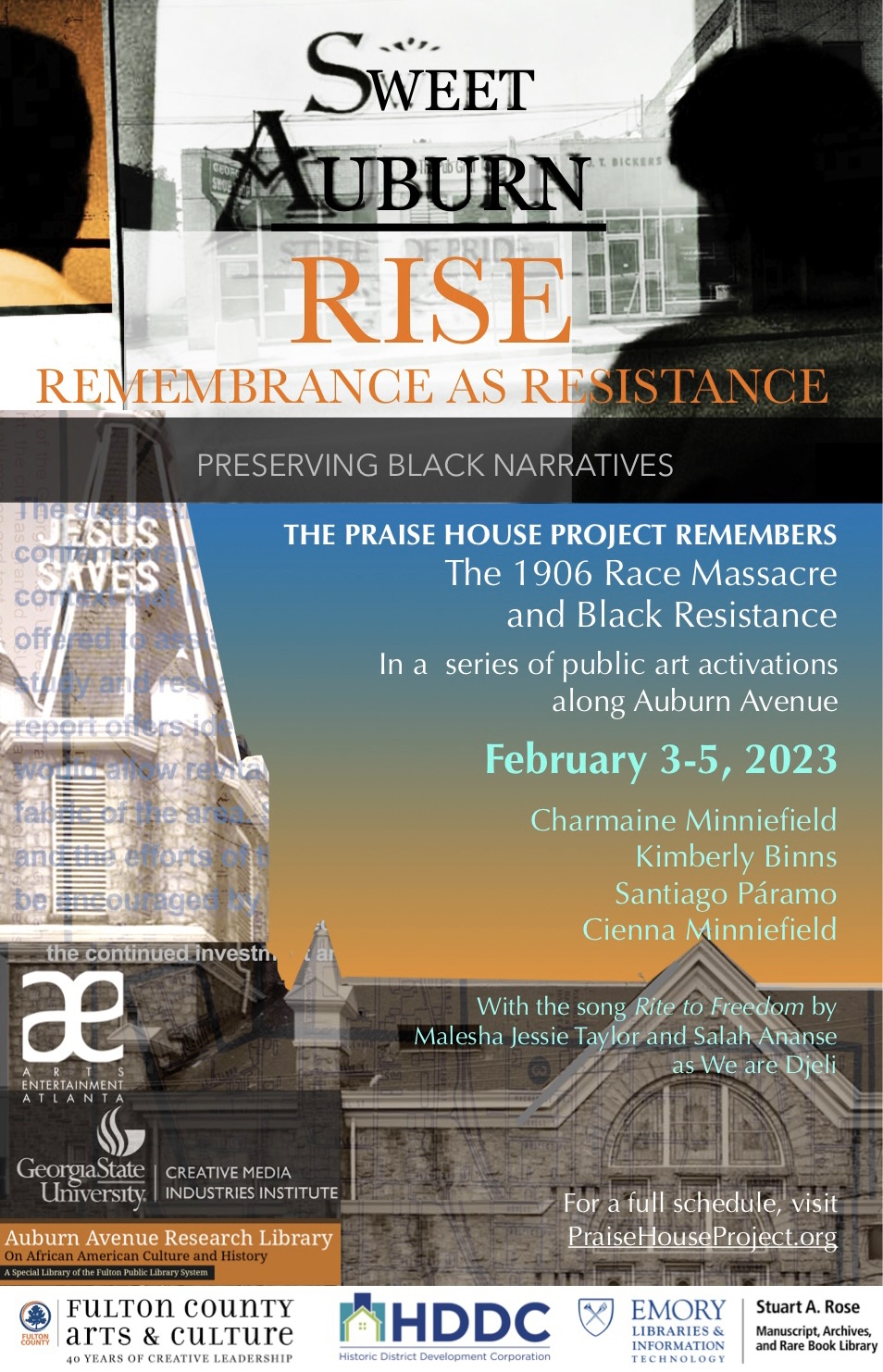 The work of artist-activist, Charmaine Minniefield preserves Black narratives as a radical act of social justice.

In anticipation of the Praise House Project in 2023, for February in honor of Black History Month, artist-activist Charmaine Minniefield will present a series of site specific public art installations, exhibitions and programs in downtown Atlanta, along Auburn Avenue and in the King Historic District. The series will activate multiple public spaces to acknowledge the history of the 1906 Race Massacre and the legacy of Black resistance.

As a terrorist mob burned and murdered, they marched for three days (September 22-25, 1906), from Peachtree, down Auburn Avenue, finally ending in Brownsville in South Atlanta. These burgeoning Black business and residential districts were targeted by the mobs’ path to intentionally disrupt Black economic potential. In spite of these heinous acts of terror over those three days in our city’s history and in the face of White Supremacy in a Post-Reconstruction and then Jim Crow South, the greatness of Auburn Avenue continued to rise and its legacy remains an example of Black resistance and freedom today.

By establishing institutions of finance, faith, higher learning, civic engagement and community service, the ancestors of Auburn Avenue are as numerous as their impact monumental. Minniefield shares, “Our work will honor their stories as the foundation of democracy for the nation and acknowledge their examples of resistance, leadership and faithfulness in the face of injustice as what informs our way forward in this continued march to freedom.”

Creative Media Industries Institute at Georgia State at 25 Park Pl NE. Through funds received from A&E Atlanta, The Praise House Project collaborates with the CMII Lab, located where Peachtree meets Auburn Avenue, to create a new digital media work to acknowledge the 1906 Race Massacre. The work will draw from the archives of the Auburn Avenue Research Library on African American History and Culture and community partners in the district. The presentation will mark the beginning of an ongoing collaboration with the CMII Lab to advance the digital media and technology of the Praise House Project.

Historic Haugabrooks Gallery at 364 Auburn, will feature the work of Kimberly Binns as she retells the story of the city through a series of mixed and digital media installations in an exhibition titled, HomeFront and Other Memories. Drawing from archives from each community where the Praise Houses will rest during the 2023 tour, the exhibition will explore memory, place, space and belonging. This exhibition also announces Binns’s 2023 art and technology residency with the Fulton County Futures Lab and her collaboration with the Historic District Development Corporation (HDDC) to design their digital media lab for creatives on the lower level of the newly repurposed historic Haugabrooks.

5:00 – 7:00 p.m. – The Water Tower at Studioplex at 659 Auburn Avenue, Charmaine Minniefield will present a new projection installation titled Ring Shout over Auburn to honor the history of Black resistance in the area. Minniefield will also host a press conference and artist talk on the Praise House Project in her studio, just across from the Water Tower at the Studioplex on Auburn, Studio G6.

This series of public projects is made possible by the generous financial support of Fulton County, the Historic District Development Corporation (HDDC), A&E Atlanta, the Stuart A. Rose Library at Emory University and the Auburn Avenue Research Library on African American Culture and History. 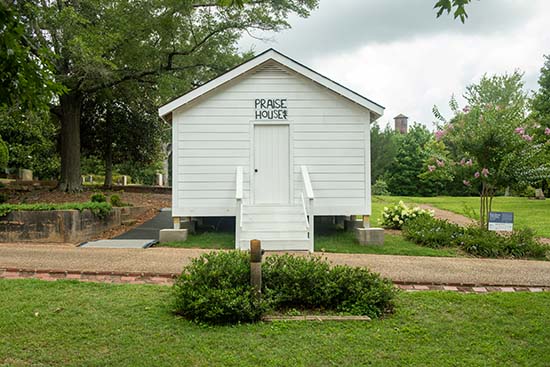 The Praise House Project is a community-based initiative by visual artist-activist Charmaine Minniefield which places  multimedia, site specific public art installations within communities in order to uphold the African American histories and narratives of the area in an effort to address issues of erasure and systemic inequities. The work invites conversations around place and belonging while engaging a global community of scholars, creatives, historians, activists, institutions and audiences to address issues of erasure past and present, to imagine a new freedom today. 2023 Praise House locations include South-View Cemetery in South Atlanta; DeKalb County at Beacon Hill; Emory University’s Atlanta campus. 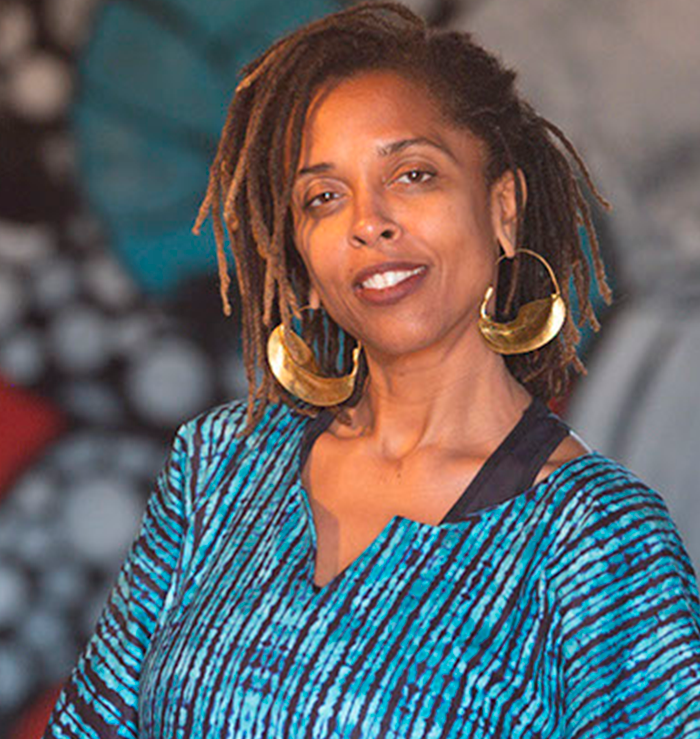 Charmaine Minniefield is the founder of the Praise House Project. Minniefield recently served as the Stuart A. Rose Library artist-in-residence at Emory University and currently serves as the arts advisor and artist-in-residence in the King Historic District in Atlanta. She was recently awarded the prestigious National Endowment for the Arts Our Town Grant to present her Praise House Project at three different locations in the metro area.  CharmaineMinniefield.com 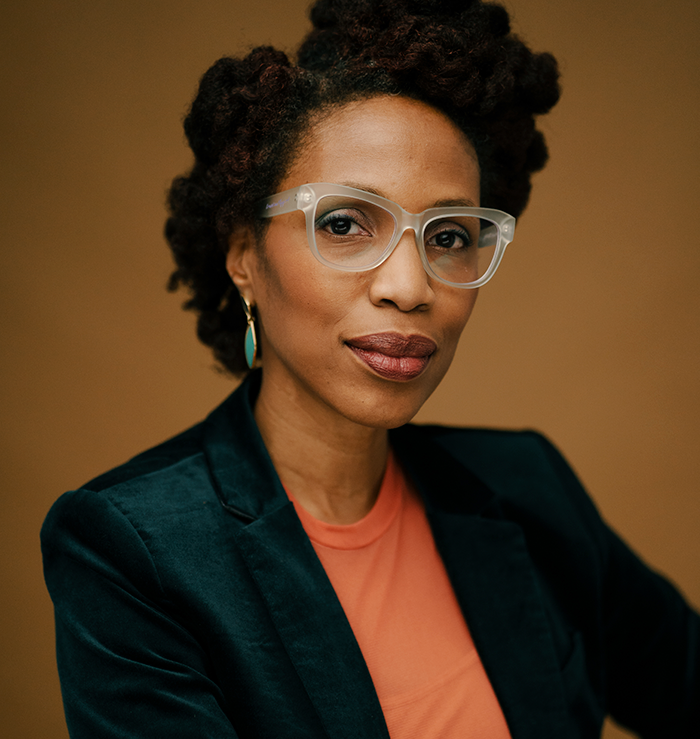 Kimberly Binns (b.1973) is a multi-disciplinary artist and producer working in digital media, architectural design, painting, drawing, and photography. Originally from Washington, D.C. she received her Bachelor of Fine Arts degree from Georgia State University. Her documentary film and digital media work is featured as the interior collage projection installation within the Praise House. kimbinns.studio 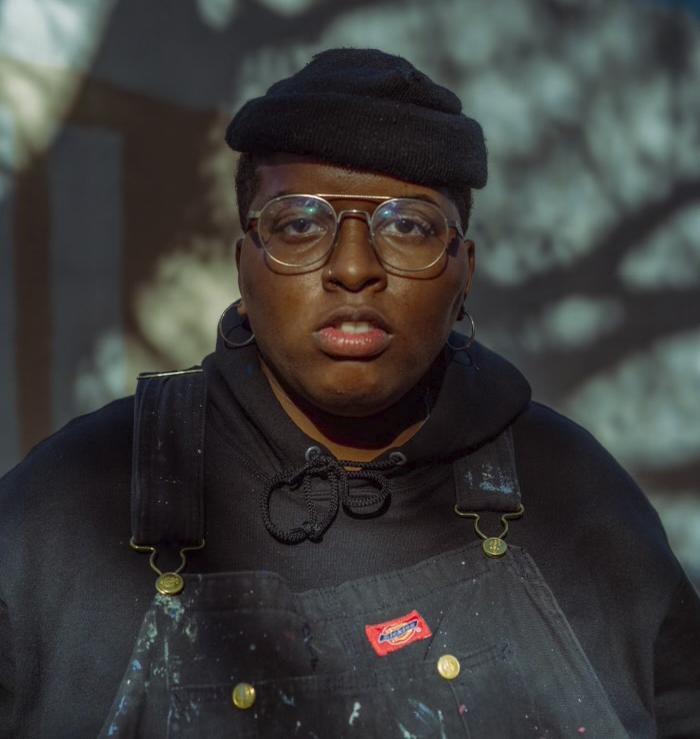 Cienna Minniefield, also known as THE COLOR, is a Black trans non-binary, Atlanta-based multidisciplinary artist whose visual artwork examines the Black South through a contemporary lens. Their mediums include acrylic on canvas and paper, photography, sound, digital illustration, collage, and murals. @thecolorcienna

Malesha Jessie Taylor and Salah Ananse As We Are Djeli

The song featured in this presentation, Rite to Freedom is written and performed by Malesha Jessie Taylor and produced by Salah Anase as We are Djeli.